How Did Rip Rap Get Its Name? 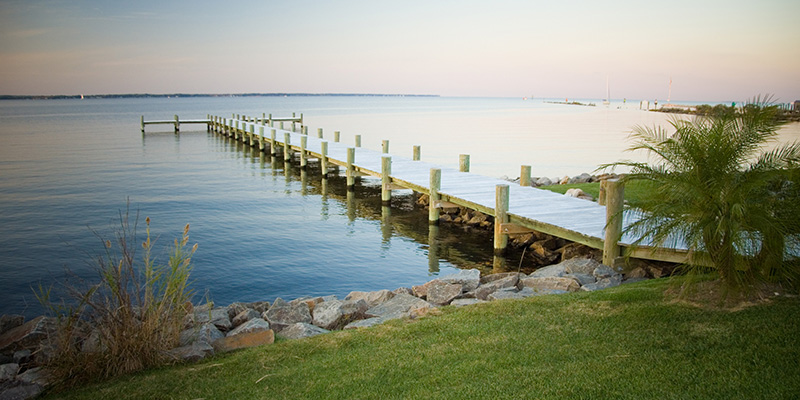 Some of us never stop and wonder why something has been given a particular name. If you are needing some rip rap for your shoreline, you may only be wondering what it is going to cost you and if it will provide the results you need, namely to control erosion. Others have inquisitive minds and want to know why it is called that. Here’s a hint – it has nothing to do with music.

To understand where rip rap got its name, we must look at each word separately, even though sometimes you’ll see it as riprap instead of as two words. First, the word rip has been a nautical word for more than a century. It refers to the rippling that a body of water will do when there are underwater elevations. Rap, besides the musical connotation, means to blow or stroke against something. You may have heard it as a child when your parent threatened to “rap you upside your head!” when you were misbehaving. We also use it as a name for knocking on a door.

So, let’s put it together now – rip rap – and if you envision rippling water reaching the shoreline and pounding on it forcefully, it makes sense that rip rap would be used to reduce the harmful affects of that action. Do we know for sure that this is where the term came from? Not really, but it sure makes enough sense to appease a curious mind.

Here at Renegar Construction, we offer quality rip rap and river rock for your shoreline control and to protect your dock or other waterfront structure, as well as to add aesthetic benefits to your property. We strive to keep our costs low and competitive, so you won’t have to settle for less than you want to get done. Our reputation for quality rip rap services in the Lake Norman, North Carolina area should put you at ease that your project will go as planned.

The experts at Renegar Construction are professional dock builders servicing Lake Norman and the rest of North and South Carolina.

We offer all kinds of dock services, including helping you choose boat dock and dock systems, construct a floating dock, and implement dock floatation. We also can help with your property landscaping needs, including building retaining walls and seawalls.

We also specialize in rip rap, and pier construction, ensuring that all of your waterfront property needs are met. If you have a new boat dock, boat dock repair or a marine construction project, contact us today.

Our 15 years of experience combined with our passion for delivering quality service makes us the perfect company to handle your next marine construction project!

*Sunday - by appointment only